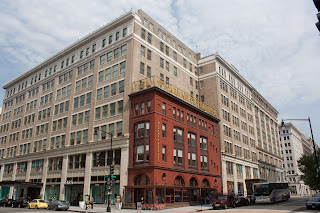 Madame Tussaud (December 1, 1761 – April 16, 1850)
Born as Anna Maria Grosholtz, Madame Tussaud was the daughter of Joseph and Anne-Marie Walder Grosholtz and native to Strasbourg, France. Her father died in the Seven Years War two months before her birth. Her mother migrated to Bern, Switzerland where she took a job as housekeeper to a doctor, Philippe Curtius. She would use the name Marie later in life.
Apprentice as a Wax Modeler
In addition to being a doctor, Curtius was a skilled wax modeler. He began using his wax models to portray human anatomy but eventually began producing wax portraits of people. He developed an affection for young Marie, who would call him "uncle," and took her on as an apprentice. He considered her exceptionally skilled in the art. Curtius moved to Paris to create wax portraits for people in 1765. Marie and her mother joined him the next year.
Paris and Versailles
Over the next several years, Marie developed her skills. She created wax models for such famous personalities like  Jean-Jacques Rousseau, Benjamin Franklin and Voltaire. In her work she became intimate with the French royal family, who invited her to live with them at Versailles. Historical lore relates that she lived there for nine years as an art tutor to King Louis XVI’s sister.
French Revolution
The French Revolution erupted in 1789. Marie moved back to Paris just before mobs arrested the king and queen of France on August 10, 1792. They would execute the king by guillotining him on January 21, 1793. The queen would suffer the same fate nine months later. Because of her relationship with the royal family Marie was suspected of being a royal sympathizer. She and her mother were imprisoned and Marie had her head shaved in preparation for a date with the guillotine. A family friend of Curtius helped secure her release, however the French authorities compelled Marie to create wax death masks for guillotine victims to prove her loyalty.
Move to London
Curtius passed away in 1794 and bequeathed his collection of wax heads to Marie, who married François Tussaud a few months later. The couple would have three children. In 1802 she traveled to London with her sons to tour with her wax figures. She left her husband behind in France. Her exhibits became quite popular during a tour of the British Isles.  When Napoleon rose to power, the wars between England and France prevented her return to France, so she established a home base on Baker Street in London and continued touring with her collection. In 1833 she established a permanent exhibition on Baker Street. She created a separate chamber for her collection of artifacts from the French Revolution. Punch Magazine coined the term Chamber Of Horrors for this collection. Madame Tussaud, as she came to be known, died on April 16, 1850. Some of her wax figures still exist.
Madame Tussaud’s gallery has grown to become one of London’s top attractions as well as its many branches across the world.
© 2020 Paul Wonning