Gardener's Guide to the Radish

Gardener's Guide to the Radish
Veteran or beginning gardeners will enjoy growing radishes in the vegetable garden. The radish provides a spicy addition to salads or a nutritious, tangy snack. The fast maturing radish grows best in the early spring, late fall or early winter, thus extending the harvest of fresh vegetables over a longer period. The Gardener's Guide to the Radish will teach you how to grow radishes and the varieties available to plant in your garden.
Price - $6.99
Buy Direct from Author
Mossy Feet Book Catalog 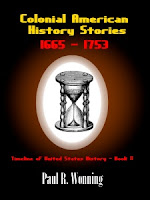