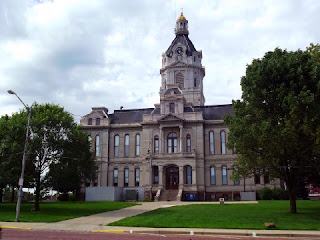 Sample Chapter
Benjamin Parke
Indiana's Counties
Parke County in Indiana derives its name from Benjamin Parke.
Benjamin Parke (September 2, 1777 - July 12, 1835)
A native of New Jersey, Parke's education was scanty as a child. At twenty years old, he moved to Lexington, Kentucky where he studied law with local attorney James Brown. Two years later, in 1799, he moved to Vincennes, Indiana. A supporter of Indiana Territorial Governor William Henry Harrison, he received an appointment as Attorney General of the Indiana Territory. His term, from 1804 through 1808, coincided with his service as Territorial Delegate to Congress from 1805 to 1808. Parke commanded an Indiana Light Dragoons at the 1811 Battle of Tippecanoe. Harrison included him on his staff during the War of 1812. During his service, he rose to the rank of colonel. After the war, he attended the state constitutional convention in 1816 as a representative of Knox County. After statehood, Parke represented the United States at the Treaty of St. Mary's in 1818. He also served as the first president of the Indiana Historical Society when it formed on December 11, 1830. President James Monroe appointed him to the United States District Court for the District of Indiana. He held that position until his death in 1835.
Posted by Paul at 9:12:00 AM