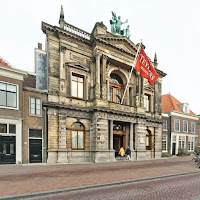 Sample Chapter
Short History of Museums
Teylers Museum
Dutch merchant Pieter Teyler van der Hulst passed away in 1778 leaving his fortune for the advancement of religion, art, and science. Dutch architect and engineer Leendert Viervant opened an art and book room the next year which became known as the Oval Room. During the ensuing decades the museum grew, becoming Teylers First Painting Gallery in 1838. The facility expanded again in 1885 with the addition of the Instrument Room, and Fossil Room I and later Fossil Room II. The next addition came in 2002 with the addition of the museum shop and multimedia room. Teylers Museum is the Netherlands’s oldest and largest museum.
The Museum
The museum's collection includes Art, books, instruments, coins and medals. Visitors can also visit the museum shop and museum café.
Fossils and Minerals
Teylers Museum
Spaarne 16 2011
CH Haarlem
Telephone 023 516 0960
info@teylersmuseum.nl