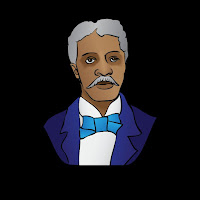 Sample Chapter
Short History of Gardening and Agriculture
George Washington Carver (c. 1864 - January 5, 1943)
The son of slaves Mary and Giles, George’s parents was the property of Moses and Susan Carver who lived in Diamond, Missouri. While an infant, slave raiders from Arkansas kidnapped George, his mother and sister. They were sold somewhere in Kentucky. Moses Giles hired an agent to find them; however the agent only located George, whom he returned to the Carver's. The ending of the Civil War in April 1865 ended the practice of slavery. The Giles kept George and his brother to raise in their home. The two could not attend public school, as they were black. Susan took their education upon herself, teaching the boys to read and write.
Further Education
George decided to continue his quest for education by attending a high school that taught black children in Neosho, Missouri, about ten miles from his home in Diamond. During the years before attending this school he had identified himself as Carver's George. While attending this school, he became known as George Carver. He attended a series of schools, eventually earning a high school diploma at Minneapolis High School in Minneapolis, Minnesota.
College
After Highland University in Arkansas denied him admission because he was black, after they had previously admitted him, he farmed a seventeen acre farm and earned extra money by performing odd jobs. Simpson College eventually admitted him. A skilled painter of plants and flowers, his art teacher encouraged him to attend Iowa State Agricultural College. He became the first black student in the school in 1891. He received a bachelor's degree in 1894 and a master's degree in 1896. He remained at Iowa State as the school's first black professor. During his tenure he gained a reputation as a skilled botanist and researcher.
Tuskegee Institute
Founder of Tuskegee Institute Booker T. Washington hired Carver to head up its agricultural department in 1896. Carver's goal was to improve the condition of poor farmers who had to farm lands exhausted by extensive cotton farming. During his time at Tuskegee Carver authored numerous agricultural bulletins which he distributed to these farmers. He encouraged a crop rotation of peanuts, sweet potatoes and soy beans. In 1906 he received funding to develop a mobile agricultural educational center from New York financier Morris Ketchum Jesup. He called his innovation the Jessup Wagon and used the mobile classroom to teach better farming methods to farmers.
Later Achievements
His reputation as a researcher and teacher brought him admission to the British Royal Society of Arts and the admiration of President Franklin D. Roosevelt and Mahatma Gandhi. A staunch advocate of planting peanuts, the United Peanut Associations of America invited him to address their annual convention in 1920. He testified before the United States Congress at their behest in 1921. He authored several more agricultural bulletins, wrote a syndicated newspaper columnist and conducted agricultural speeches during the remainder of his life. He passed away on January 5, 1943 after suffering injuries during a fall in his home. His grave is adjacent to Booker T. Washington at Tuskegee University.