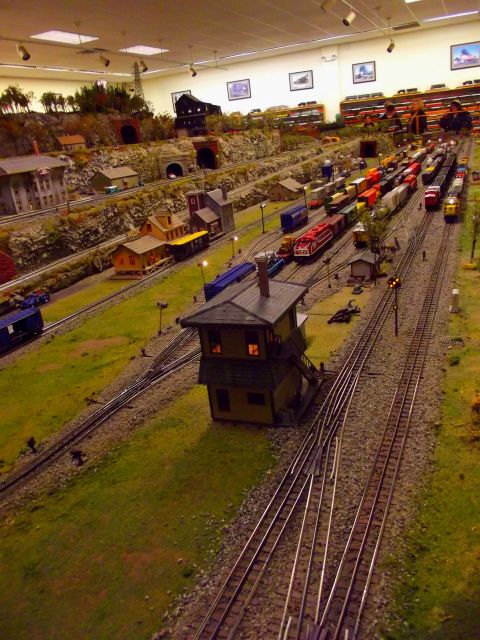 Sample Chapter
Short History of Railroads
Railway switch patented by Charles Fox
1832 - Railway switch patented by Charles Fox
Before the railway switch, railroads used a device called wagon turnplates or a sliding rail.
Sliding Rail
This device resembled the modern turntable used to turn locomotives around or move them to different tracks in a train yard. In the sliding rail, the track was mounted to a circular wheel that rotated around the center of the device. The wheel's diameter was governed by the length of the wagon used on the railroad, or tramway. To switch the device, the horses pulled the wagon onto the turnplate and unhitched. A tramway employee then had to rotate the turnplate so the rails matched that of the track he wanted to switch it to. Then the horses were hitched and the wagon could move along the new route. This was a cumbersome process that limited wagon size to that of the diameter of the turnplate and limited the weight on the wagon. Mr. Fox's invention changed this.
The Rail Switch
The rail switch, or railway points, employed a set of linked, tapering rails that are synchronized in movement. These moving rails can be moved into one of two positions, one that allows the train to go straight or another position that turns the train onto a divergent set of rails. In the days before electrically powered switches, a railroad employee still had to manually operate the switch; however the train remained moving as it crossed the switch. The rail switch could accommodate any length of locomotive or rolling stock. As railroads switched over from horse drawn wagons to steam driven locomotives the rail switch proved a much more versatile mechanism for switching engines. The turnplate survives, with many improvements, as a means of moving locomotives around in a train yard or turning an engine around.