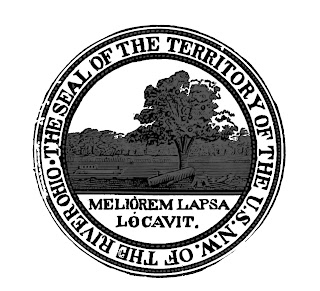 June 30, 1795 - Native Chiefs Ask for Wine
During the ensuing days, representatives of the Pottawattamie and Chippewa have arrived at Fort Greenville.
The council convened on June 30, at the request of the chiefs. La Gris rose to speak to the General. He thanked General Wayne for the provisions they had been given during their stay as they waited the arrival of more tribal chiefs. However, they complained of the monotony of the diet and asked for mutton and pork. Additionally, since the weather was turning cooler, they requested wine. The noted that the warriors that had accompanied them were getting restless, as there was nothing for them to do as they awaited the arrival of more tribes.
General Wayne replied that Blue Jacket and several others would soon arrive. He also explained that they had no pork and the little mutton they had was for those that were sick and, rarely, for the officers. He promised them that he would give each of the chiefs a sheep for them to eat and some wine. At that, the meeting adjourned.